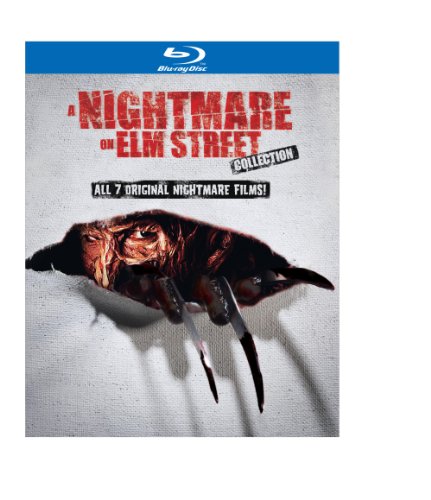 When Nancy and her friends all begin suffering violent nightmares, they all have one common theme; they all have the same disfigured killer who has a glove made of razors on his right hand. After someone kills one of the group while they slept, Nancy realizes she must stay awake to uncover the truth behind a murder named Fred Krueger.

After a new family moves into the house on Elm Street, the kids are soon having nightmares again about deceased child murderer Freddy Krueger. This time, Freddy attempts to possess a teenage boy so he may cause havoc in the real world, and can only be overcome if the boy’s sweetheart can master her fear.

A Nightmare on Elm Street 3: Dream Warriors picks up a year after the events of A Nightmare on Elm Street 2: Freddy’s Revenge. Teenager Kristen Parker is relentlessly pursued in her dreams by Freddy Krueger. When her mother mistakes an injury that she received in her dream as a suicide attempt, Kristen is placed in a psychiatric hospital with other troubled teenagers. In the hospital, she meets Nancy Thompson, the lone survivor of the first Elm Street film. Nancy and Kristen rally the other kids in the hospital to combat Freddy in his dream world as the dream warriors that they can be. But will it be enough to stop the deceased child killer?

Also on the Collection

Disclaimer: This post contains affiliate links. This means when you click a link, and purchase an item, Movie House Memories will receive an affiliate commission. Advertisers and Affiliate Partnerships do not influence our content. See our Terms of Use about the inclusion of affiliate links on this site for more information.
June 17, 2020
2 minutes read
Show More
Back to top button
Close
Close