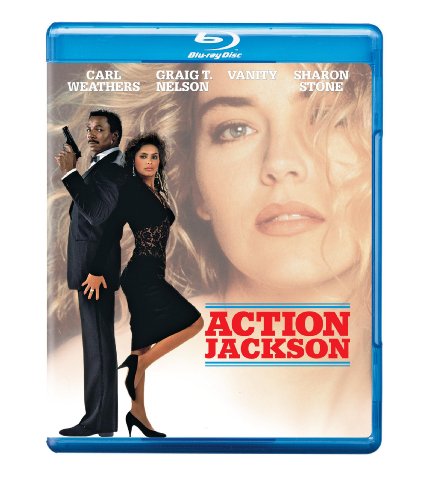 In the film, Jericho “Action” Jackson (Weathers) is a Detroit police sergeant demoted from lieutenant for almost tearing the arm off of a violent sociopath, whose father is successful car manufacturer Peter Dellaplane (Nelson). But Dellaplane is violent as well. Dellaplane kills his own wife, Patrice (Stone), and plants her body in Jackson’s apartment. Dellaplane won’t miss Patrice very much, though, because he has a drug-addicted mistress named Sydney Ash (Vanity) hooked with a free supply of heroin. When Jackson also begins to suspect the businessman of masterminding a murder spree against local officials from the auto workers’ union, he enlists the help of Dellaplane’s heroin-addicted mistress, Sydney, to take Dellaplane down.

Action Jackson was released in February of 1988 and grossed over $20 million at the box office.

Warner Bros. Home Entertainment has not revealed any of the technical specifications or special features for the Blu-ray as yet.

Disclaimer: Affiliate links are contained in this post. This means when you click a link, and purchase an item, Movie House Memories will receive an affiliate commission. Advertisers and Affiliate Partnerships do not influence our content. See our Terms of Use about the inclusion of affiliate links on this site for more information.
May 16, 2013
1 minute read
Show More
Back to top button
Close
Close