A deep salvage team rescues Ellen Ripley after being in hypersleep for 57 years. The moon that the Nostromo once visited has been colonized. However, all contact was lost with it. This time, the marines have overwhelming firepower, but the natives are quite resilient. 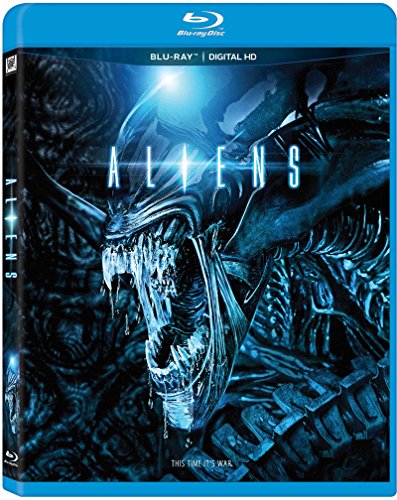 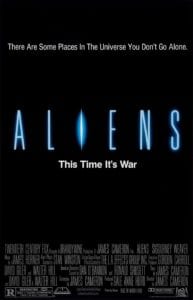 They say age gives you wisdom. That is why Ellen Ripley is the wisest character throughout this week’s film, Aliens. Ripley has awoken from an unexpected 57 year hyper sleep. She returns to Earth to find that her young daughter is now dead of old age, that technology has continued to improve, and that no one seems to know anything that happened to either her or the crew of the Nostromo in the first film.

Ripley is ostracized and treated like the crazy cat lady of future. That is until some colonists on LV-426, the planet where the Nostromo landed on in the first film, stop communicating with Earth. Suddenly Ripley has use again. She is shipped off with a unit of Colonial Marines to investigate what happened to the colonists.

Ultimately, the sole survivors are Ripley, Newt, Corporal Hicks, and the android Bishop. They start to make their escape from the planet, when they have to make a short detour to save Newt from implantation. The ultimate conclusion has Ripley encountering and fighting a new even deadlier threat before they come to the pulse pounding conclusion.