In An Officer and a Gentleman, Zack Mayo is a loner entering the Officer Candidate School to become a Navy pilot. Over the course of thirteen tortuous weeks, Mayo learns the importance of discipline, love and friendship. Along the way, his tough drill instructor, Sergeant Emil Foley, teaches him that no man can make it alone. Additionally, Foley warns his young recruit about the local girls who do anything to land themselves pilots for husbands. When finds one that he falls for, a fellow officer finds one with a decidedly different twist of fate. 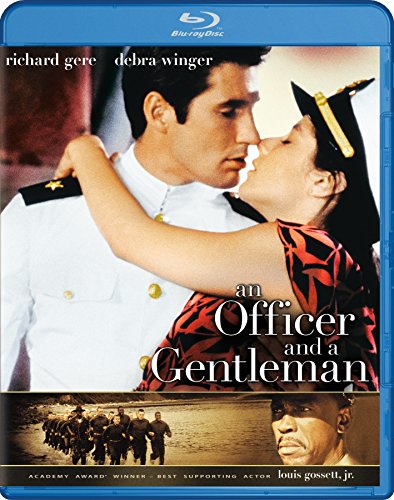 An Officer and a Gentleman

‘An Officer and a Gentleman’ Movie Summary

The summary below contains spoilers.
In An Officer and a Gentleman, the directionless but maintaining ambition, Zack Mayo is about to report to Aviation Officer Candidate School without much support from his uncaring borderline alcoholic disgrace of a father Byron, however he is determined to build on living the dream to become a Naval aviator.

Zack with fellow new recruits of all shapes and sizes are ultimately stunned by their harsh treatment from head gunnery sergeant, marine drill instructor Emil Foley.

He makes it crystal clear the program is not for everyone including steers and queers.

Over time Foley mentally and physically wears them down running them into the ground literally, which drives a few out before even coming close to acceptance into the Navy elite. Unfortunately one of the exiting trainees is Topper, played by one of my favorite actors over time, David Caruso.

A warning is given to the men in uniform that women in the area prey on recruits with intent on trapping them to become impregnated.

Originally a real loner underneath, Zack makes a few mates with fellow trainee candidates including Sid, Lionel, Emiliano and female colleague Casey, but romantically he gives into absolute pleasure losing his mind and body for Paula, a worker at a local factory.

Training and romance collide as does the visceral relationship between Zack and the Drill Sergeant but back to that in a second.

On a weekend off Paula takes Zack to meet the family over dinner which does not go down well with the stepdad as Paula’s real dad actually deserted her mother, refusing to marry her after becoming pregnant.

Meanwhile Zack helps Casey complete an all important obstacle course, sacrificing his own perfect finishing time to assist in motivating his friend.

Ongoing threats to quit are reciprocated by Drill Sergeant Foley throughout the whole film accumulating in an unofficial bareknuckle fist fight combining martial arts and a low blow which is the only reason Foley is the winner of this particular bout.

Sid goes on to propose to his local pregnant girlfriend although she does not accept due to learning of Sid’s departure from the program not becoming a pilot for which is all she really cares about. Crushed Sid checks into a motel where he is later found naked hanging in a shower by Zack and Paula who had been frantically searching for his whereabouts.

Zack rejects comfort from Paula even though he has given her the silent treatment over a period of time.

Sworn into the Navy with his class and new group of friends, Zack receives his first salute in exchange for a silver dollar and it seems Foley is about to crack up break down crying only to eventually tell Zack to get out of here.

With orders to undertake flight training, however before all that in a sequel that never happened, Zack jumps on his motorcycle seeking out Paula, rolling up to the factory in the middle of a work day, walking towards her while all the factory co-workers look up with hearts pattering as he declares his true love towards her.

Joe Cocker and Jennifer Warne echo through the soundtrack as Zack picks up Paula aloft in his arms walking her out to the uptempo Oscar Winning tune of ‘Up Where we Belong’ along with applause, smiles and sighs of every lady in the place, including Laura Palmer’s mum. Credits roll, that is AN OFFICER AND A GENTLEMAN.

Paramount Pictures released An Officer and a Gentleman to theaters on August 13, 1982. Taylor Hackford directs the film which stars Richard Gere, Debra Winger, and David Keith.