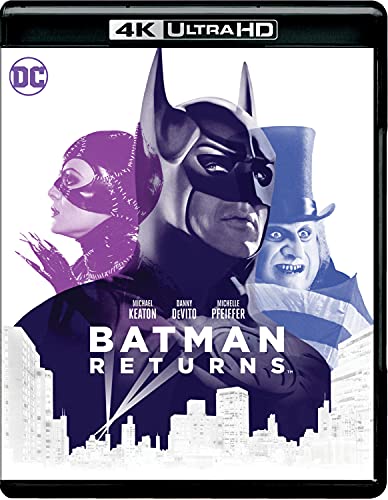 In Batman Returns, Batman is back, but this time he has double the amount of chaos. A power mad millionaire tries to take political control of Gotham City by any means necessary. When the mysterious Penguin rises from the depths of the sewers to join him, they maybe too much for the caped crusader. Things change when the dangerous, but alluring Catwoman joins the fray and appears to be on no one’s side. Will Batman be able to stop three villains at once?