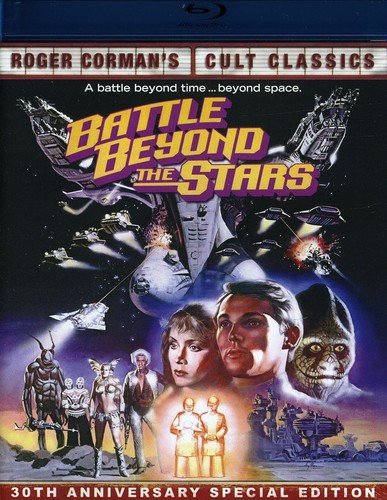 ‘Battle Beyond the Stars’ Movie Synopsis

In this futuristic retelling of the Seven Samurai, a young Akira farmer named Shad assembles a group of space mercenaries to help him defend his world against the evil leader of the Malmori Empire, Sador. Shad recruits the young scientist Nanelia, an Earth shipper named Cowboy, a lethal assassin named Gelt, a collective group of clones known as Nestor, a war obsessed Valkyrie Saint-Exmin, and the reptilian slaver Cayman. Together, they form a formidable fighting force but will they be enough against Sador’s ultimate weapon, the Stellar Converter, a device capable of destroying a planet with a single discharge.