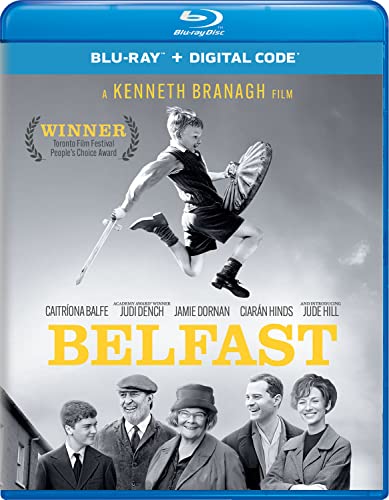 Belfast is a poignant story of love, laughter and loss in one boy’s childhood, amid the music and social tumult of the late 1960s. Buddy’s family lives in a largely Protestant district with a few Catholic families but one day his community and everything he thought he understood about life is suddenly turned upside down. Buddy’s family gets caught in the mayhem and must decide to stay or leave the only place they have ever called home. Through it all, his passionate parents and quick-witted grandparents keep the joy alive through music and the magic of movies in this feel-good story that reminds us that no matter how far you go, you never forget where you came from.