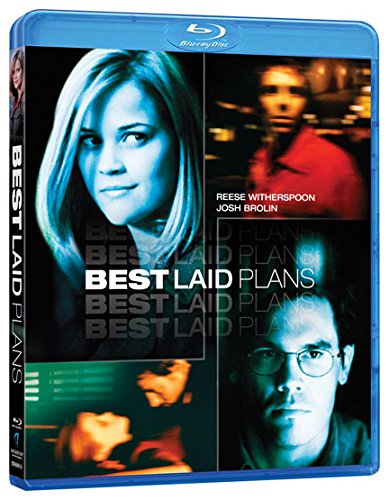 Anchor Bay has announced that they are releasing 20th Century Fox Home Entertainment’s Best Laid Plans onto Blu-ray this May. The film is directed by Mike Barker and is based on a screenplay written by Ted Griffin. The crime thriller stars Alessandro Nivola, Reese Witherspoon, Josh Brolin, Gene Wolande, and Terrence Howard. Best Laid Plans will be available online and in stores beginning May 28th.

Welcome to Tropico, a gray little town smack dab in the middle of nowhere where nothing ever happens… until a botched robbery leaves Nick (Nivola) 48 hours to pay up or die. Desperate, Nick and his girlfriend Lissa (Witherspoon) undertake drastic measures to get their hands on some fast cash. Enter Nick’s old college chum Bryce (Brolin), a seemingly easy mark who holds the ticket to the couple’s salvation. But before long, all three young people will find themselves entwined in a dangerous web of betrayal and seduction that L.A. Weekly calls “a treasure map of double crosses and hairpin turns.”

Best Laid Plans was released in September of 1999, well before Witherspoon and Brolin broke into the public consciousness. The film grossed an anemic $27,816 at the box office.

Disclaimer: Affiliate links are contained in this post. This means when you click a link, and purchase an item, Movie House Memories will receive an affiliate commission. Advertisers and Affiliate Partnerships do not influence our content. See our Terms of Use about the inclusion of affiliate links on this site for more information.
April 13, 2013
1 minute read
Show More
Back to top button
Close
Close