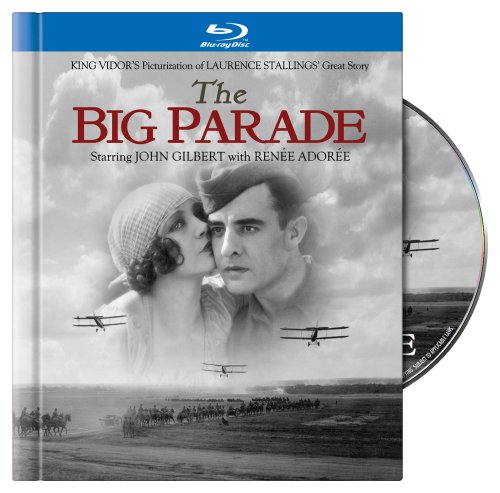 In the film, Jim Apperson (Gilbert), the idle son of a rich businessman (Bosworth), impulsively joins the army when the U.S. enters World War I. He’s sent to France, where he becomes friends with two working-class soldiers: Bull (O’Brien), a bartender, and Slim (Dane), a construction worker. He also falls in love with a Frenchwoman named Melisande (Adorée), but has to leave her when his unit is moved to the front lines.

Complete technical specifications have yet to be detailed. The Big Parade Blu-ray will include several special features, including:

Disclaimer: Affiliate links are contained in this post. This means when you click a link, and purchase an item, Movie House Memories will receive an affiliate commission. Advertisers and Affiliate Partnerships do not influence our content. See our Terms of Use about the inclusion of affiliate links on this site for more information.
September 25, 2013
332 1 minute read
Show More
Subscribe
Login
0 Comments
Inline Feedbacks
View all comments
Most Recent Posts
Facebook Twitter LinkedIn Tumblr Pinterest Reddit
Back to top button
Close
wpDiscuz
0
0
Would love your thoughts, please comment.x
()
x
| Reply
Close