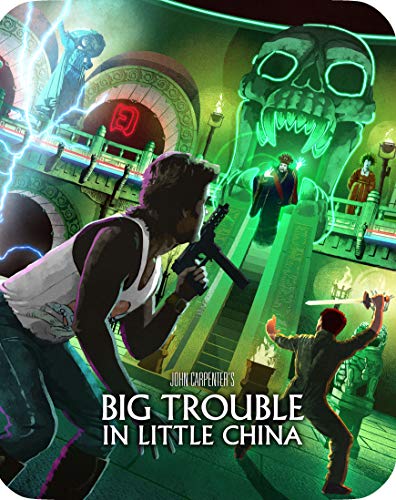 Big Trouble in Little China begins with truck driver Jack Burton as he arrives in Chinatown, San Francisco. He agrees to head to the airport with his BFF Wang Chi where Chi’s green-eyed fiancée Miao Yin is arriving on a plane from China. After she lands, a Chinese street gang kidnaps Miao, and Jack and Wang promptly take chase. The two learn that the evil sorcerer, David Lo Pan, is behind the kidnapping. More than two thousand years ago, Lo Pan found himself cursed to exist without physical body. To break that curse, Lo Pan must marry a woman with green eyes to become one with a physical body, and apparently, Miao is the lucky lady. Jack and Wang soon team-up with a lawyer named Gracie Law, a sorcerer’s apprentice named Egg Shen, and a few of their friends before all heading down to Chinatown’s dirty underbelly. There, they face an oriental world full of sorcery, monsters, and electric martial arts in order to save not only Miao Yin, but ultimately the entire world. Read the full summary.