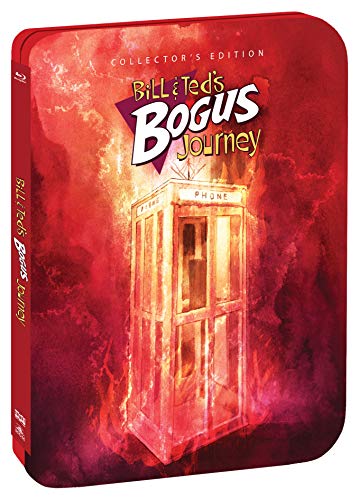 In the distant future, Earth is a utopia thanks to the lyrics of two 20th Century simpletons named Bill S. Preston, Esq. and Ted “Theodore” Logan. However, that future finds itself in jeopardy when an evil gym teacher from the future sends evil robot replicas back in time to Bill and Ted. Once the robots kill the boys, they must outwit the Grim Reaper to return to the land of the living. Only then can they rescue the Princesses” and have a most triumphant showing at a Battle of the Bands in San Dimas.