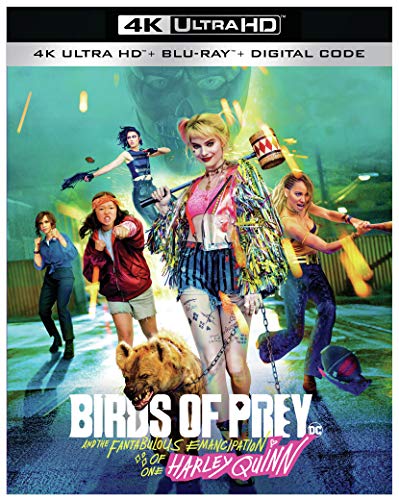 On May 12, 2020, Warner Bros. Home Entertainment released Birds of Prey: And the Fantabulous Emancipation of One Harley Quinn on 4K and Blu-ray. Cathy Yan directed the film starring Margot Robbie, Rosie Perez, and Mary Elizabeth Winstead.

‘Birds of Prey: And the Fantabulous Emancipation of One Harley Quinn’ Movie Synopsis

A twisted tale told by Harley Quinn herself. The Joker and Harley break up, which places a target on Harley’s back. At the same time, Gotham’s most nefariously narcissistic villain, Roman Sionis, and his zealous right-hand, Zsasz, put a target on a young pick pocket named Cass after she steals a valuable diamond. The large bounty has the city turned upside down looking for her. Harley, Huntress, Black Canary and Renee Montoya’s paths collide, and the unlikely foursome have no choice but to team up to take Roman down.

The Lord of the Rings: Original Theatrical Trilogy is on Blu-Ray