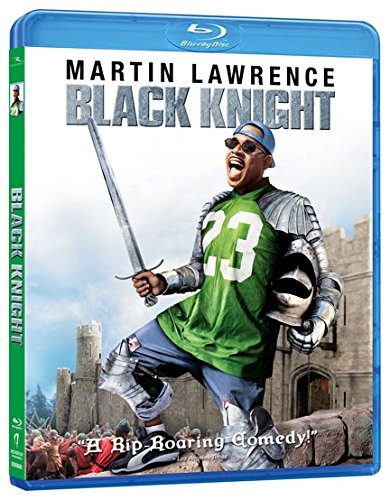 Anchor Bay has announced that they are releasing 20th Century Fox Home Entertainment’s Black Knight onto Blu-ray this May. The film is directed by Gil Junger and stars Martin Lawrence, Marsha Thomason, Tom Wilkinson, Vincent Regan, and Kevin Conway. Black Knight will be available online and in stores beginning May 28th.

In the film, a fast-talking, trouble-making maintenance worker named Jamal (Lawrence) is in for a royally rude awakening when an unfortunate moat mishap at the Medieval World theme park transports him back in time to 14th century England. It’s Mark Twain’s “A Connecticut Yankee in King Arthur’s Court” by way of Lawrence (whose Jamal renames himself Luke Skywalker).

Black Knight was released in November of 2001 and grossed over $39 million in worldwide box office.