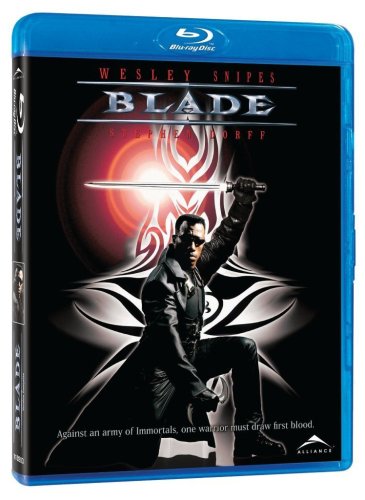 Blade takes place in a world where vampires walk the earth. However they have an enemy named Blade whose goal is to rid the world of all vampire evil. When he witnesses a vampire bite Dr. Karen Jenson, he fights it off, and takes Jenson back to his lair. Along with a man named Abraham Whistler, Blade attempts to help heal Jenson. At the same time, that original vampire named Quinn reports back to his master Deacon Frost. The deacon doesn’t have time for any crusaders because he has a big surprise planned for all of humanity.