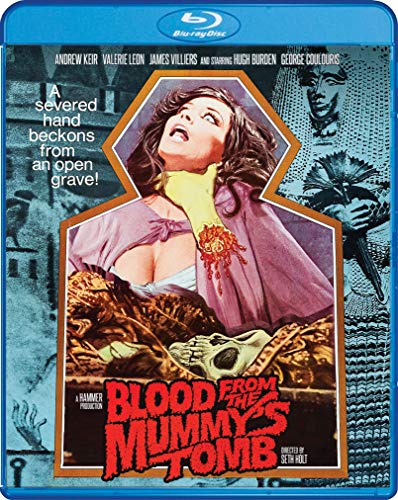 Blood From The Mummy's Tomb [Blu-ray]

‘Blood from the Mummy’s Tomb’ Synopsis

“Very engaging … quite fulfilling … it pulls you in [and] you can’t help but find yourself entranced by it all.” – The Telltale Mind

A British expedition in Egypt discovers the ancient sealed tomb of the evil Queen Tera. But when one of the archaeologists steals a mysterious ring from the corpse’s severed hand, he unleashes a relentless curse upon his beautiful daughter. Is the voluptuous young woman now a reincarnation of the diabolical sorceress … or has the curse of the mummy returned to reveal its horrific revenge?

Andrew Keir (Quatermass And The Pit) and the beautiful Valerie Leon (The Spy Who Loved Me) star in this supernatural shocker based on Bram Stoker’s classic novel The Jewel Of The Seven Stars.