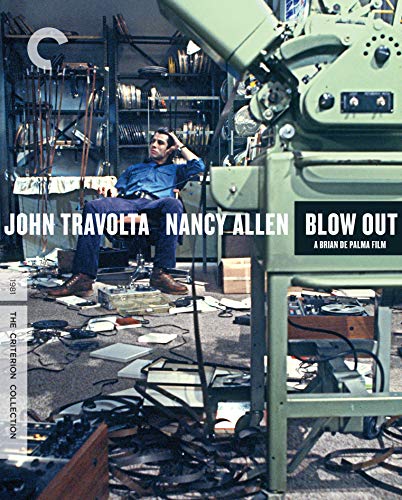 Blow Out (The Criterion Collection) [Blu-ray]

In the enthralling Blow Out, brilliantly crafted by Brian De Palma, John Travolta gives one of his greatest performances, as a movie sound-effects man who believes he has accidentally recorded a political assassination. He enlists the help of a possible eyewitness to the crime (Carrie’s Nancy Allen), who may be in danger herself, to uncover the truth. With its jolting stylistic flourishes, intricate plot, profoundly felt characterizations, and gritty evocation of early-1980s Philadelphia, Blow Out is an American paranoia thriller unlike any other, as well as a devilish reflection on moviemaking.