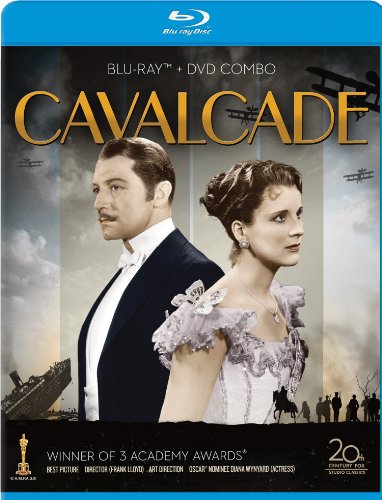 Twentieth Century Fox Home Entertainment has announced that they are adding Cavalcade to their upcoming slate of Blu-ray releases. The film was directed by Frank Lloyd and stars Diana Wynyard, Clive Brook, Una O’Connor, Herbert Mundin, Frank Lawton, and Margaret Lindsay. Calvacade will be available in stores and online August 6, 2013.

Based on the play by Noel Coward, Cavalcade looks at English life from New Year’s Eve 1899 to New Year’s Day 1933 through the eyes of a well-to-do couple. Cavalcade was the first film produced by Fox to win Oscar Award for Best Picture in 1934.

Disclaimer: Affiliate links are contained in this post. This means when you click a link, and purchase an item, Movie House Memories will receive an affiliate commission. Advertisers and Affiliate Partnerships do not influence our content. See our Terms of Use about the inclusion of affiliate links on this site for more information.
June 30, 2013
1 minute read
Show More
Back to top button
Close
Close