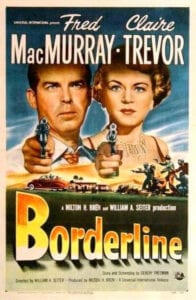 Two undercover agents infiltrate a drug-smuggling ring in Mexico, but neither is aware of the other. As luck would have it, they are after the same target.

Please let us know what you think of the film in the comments section, and rate this movie from one to five stars below as well. If there is a film you’d like us to review, send us an email at comme[email protected] with your name, location, and film choice. And finally, if you are of the social media persuasion, you can look Noirsville up on Twitter, Facebook, and Instagram, and if you do, please give us a follow when you find us.