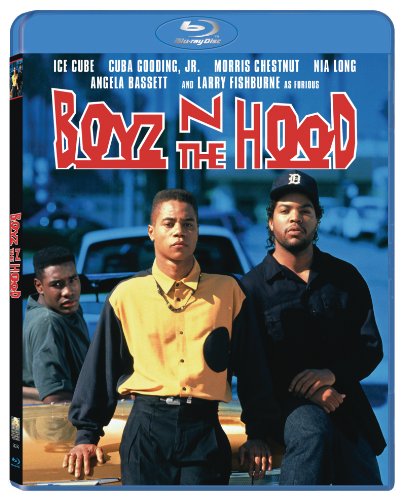 Boyz n the Hood takes place in inner-city Los Angeles where we find a group of friend making they way through the hood. Doughboy and Ricky Baker are half-brothers who approach their lives in very different ways. Ricky is a football player on the verge of winning a football scholarship to USC, and he’s going to use it as his ticket out of the hood. Doughboy accepts his situation in life, and begrudgingly embraces the violence, abuse, and crime in his world. While he’s not going anywhere in life, he still has a strong sense of pride and honor.

Their friend, Tre, is lucky to have a father in his life. ‘Furious’ Styles teaches Tre to do what is right, and to always take responsibility for his actions. However, in this world, trouble comes looking for you whether you keep your nose clean or not. It will change your life in an instant, and that is something these boyz n the hood struggle with every day.