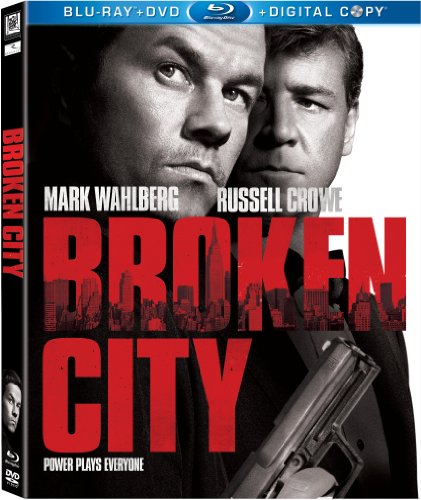 20th Century Fox Home Entertainment has announced that they will release Allen Hughes‘ crime thriller Broken City onto Blu-ray this April. The film was written by Brian Tucker and stars Mark Wahlberg, Russell Crowe, Catherine Zeta-Jones, Jeffrey Wright, and Barry Pepper. Broken City will be available for purchase online and in stores across the nation on April 23rd.

In the film, an ex-cop finds himself in over his head when he agrees to help out the mayor of New York City in this tense political thriller. Having had to sacrifice a promising career when he was involved in a controversial shooting, tough street cop Billy Taggart (Wahlberg) is spared a prison stretch by the intervention of the city’s popular Mayor Nicholas Hostetler (Crowe). Starting afresh as a private investigator, Billy is soon hired by Hostetler to find out if his wife (Zeta-Jones) is being unfaithful. But when her suspected lover is later found dead, Billy realizes too late that the mayor’s motives run deeper than expected, and that if he’s to stay alive, he needs to take the fight to his opponents, risking all to reveal the truth.

Broken City was released in January of 2013 and grossed over $19 million at the box office.

The Blu-ray release will include several special features, including: deleted scenes, an in-depth documentary, an alternative ending, and an Ultraviolet copy of the film.