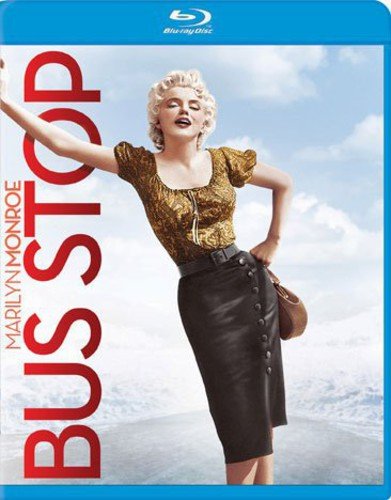 20th Century Fox Home Entertainment has announced that they will bring will bring the romantic comedy film Bus Stop to Blu-ray this summer. The film is directed by Joshua Logan and stars Marilyn Monroe, Don Murray, Arthur O’Connell, and Betty Field. Bus Stop will be available for purchase online and in stores beginning on July 30th.

In the film, Marilyn Monroe delivers what many acclaim to be her first serious acting performance in this dynamic drama full of humor, hope and passion. When a young and innocent cowboy (Murray) meets the girl of his dreams (Monroe) and decides to make her his wife, he forces her to board a bus headed for Montana. But the road is blocked and their journey is interrupted by an overnight stay at a diner that will change both their lives.

Bus Stop was released in September of 1956 and was nominated for an Academy Award for Best Supporting Actor (Murray).

The Blu-ray will include special features, including the original theatrical trailer and additional trailers from other Marilyn Monroe films.

Disclaimer: Affiliate links are contained in this post. This means when you click a link, and purchase an item, Movie House Memories will receive an affiliate commission. Advertisers and Affiliate Partnerships do not influence our content. See our Terms of Use about the inclusion of affiliate links on this site for more information.
June 1, 2013
1 minute read
Show More
Back to top button
Close
Close