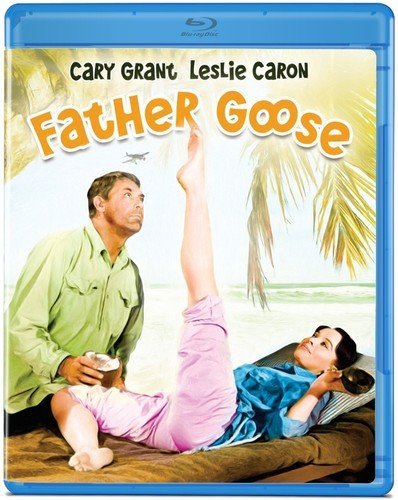 In Father Goose, Grant stars in one of his funniest roles as a boozy beachcomber sitting out WWII in peace – until the Allies recruit him to be a lookout on the South Pacific isle. During an enemy attack, he answers a distress call and discovers a beautiful French schoolmarm and her seven girl students. And so begins a hilarious battle of the sexes between a messy American, a prim Mademoiselle, and seven mischievous little girls. Who will win is anybody’s guess, but you can be sure that Father Goose delivers plenty of romantic fun and adventure along the way.

Father Goose was released in December of 1964 and nominated for two Academy Awards, winning Best Writing – Story and Screenplay – Written Directly For The Screen.