In Cool Hand Luke, Lucas “Luke” Jackson, is someone who doesn’t conform to society’s standards, but has more guts than brains. After the state send him to a prison camp on a misdemeanor, Luke decides to have some fun there for the hell of it. When his mother dies, the warden tosses him in the box so he can’t attend the funeral. Once out of it Luke tries to flee. As the warden continues to try to break him, Luke’s stubbornness makes him a prison legend. 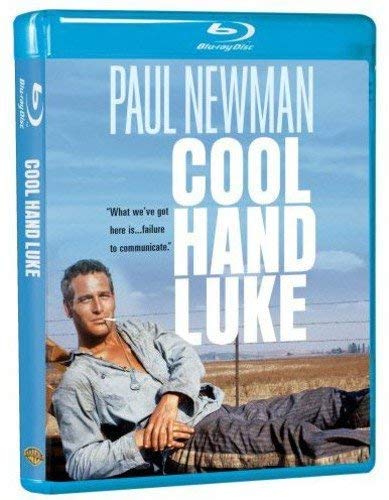 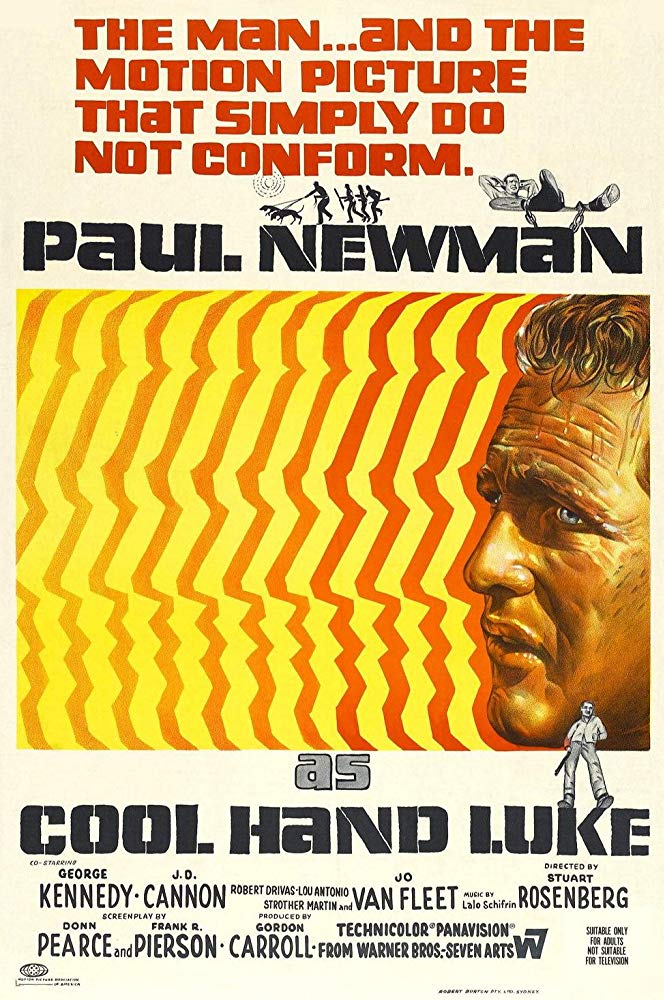 At first the prisoners are skeptical of Luke and his irresistible good looks and imperturbable equanimity. But he wins them over fighting Dragline (George Kennedy), and losing horribly. Dragline knocks Luke to the ground time and time again, but Luke can’t stay down. After that, Luke becomes a folk hero to the prisoners.

Luke spends his time in prison well. He motivates the prisoners as they work on the chain gang. Plays cards. Eats 50 eggs. Smiles. Never tries to rape anyone. All the stuff you’d expect from a people’s hero in the slammer. But this changes when Luke’s mother dies. The screeching bumpkin warden named the Captain (Strother Martin) warns Luke not to run. He then throws him in the hole just to show him who’s boss.

On the lam again

One night, when the prisoners are playing music in the barracks and definitely not putting on the most homoerotic display of sweaty dancing in the history of (Top Gun-less) cinema, Luke and some accomplices saw a hole right through the wooden floor and make a run for it. Luke gets away. But they catch him soon enough.

Luke is never the same. They throw a set of chains on him and hassle him a bit. They warn Luke to never run again. So he runs again. This time Luke gets away for some time. He sends the prisoners a picture of himself living the high life with two babes who aren’t convict dudes working on a chain gang, the height of fantasy for the prisoners.

Sometime later, the guards come dragging a battered Luke back into the prison. Luke is badly beaten, and they care for him immediately. When pressed about the picture with the babes, Luke snaps at his fellow prisoners, telling them it was a fake he had made to impress them. He pleads with them to leave him be and stop looking to him for escapism.

The prison guards set out to break Luke. And they break him one night by working him to exhaustion digging ditches after a day’s work in the sun. They beat him and work him until he begs them to stop and professes his newfound wisdom as a man who knows his place. The prisoners reject him for this.

We next meet a perfectly servile and senseless Luke as an errand boy for the prison guards on the chain gang. They send him about fetching this and that for them. Suddenly Luke fires up a prison truck and drives off with Dragline, having stolen the keys to all the other vehicles to give himself a head start.

Luke ditches Dragline that night and stops in a church to wait for the police to find him. In the church, he pleads with God to help him find a place in the world until Dragline comes back to convince Luke to give himself up.

Luke considers giving himself up. But he walks to the window and talks a little trash to the prison guards instead. They guards are not amused. In fact, the guard known as the man with no eyes shoots Luke in the neck. Luke survives the shot. But the Warden orders Luke taken back to the prison infirmary, ensuring Luke’s death as he bleeds from the shot.

The movie ends with Dragline boasting of Luke’s exploits to the other prisoners and the photo of Luke with the girls is overlaid on an expanding cross made of two roads seen from above.