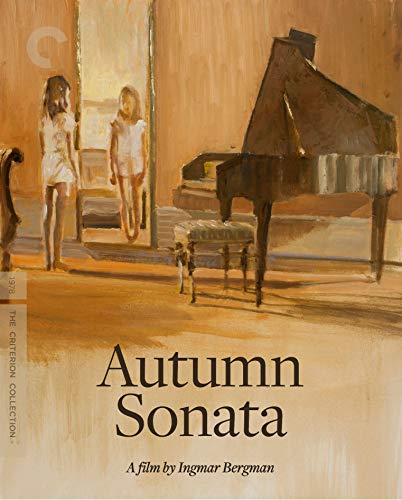 The Criterion Collection has announced the addition of the musical drama Autumn Sonata to their upcoming slate of Blu-ray releases. The film was written and directed by Ingmar Bergman and stars Ingrid Bergman, Liv Ullmann, Lena Nyman, Halvar Björk, and Marianne Aminoff. Autumn Sonata is currently available for pre-order online and will be available in stores everywhere beginning on September 17th.

Autumn Sonata was released in 1978 and was the only collaboration between cinema’s two great Bergmans—Ingmar, the iconic director of The Seventh Seal, and Ingrid, the monumental star of Casablanca. The grand dame, playing an icy concert pianist, is matched beat for beat in ferocity by the filmmaker’s recurring lead Ullmann as her eldest daughter. Over the course of a long, painful night that the two spend together after an extended separation, they finally confront the bitter discord of their relationship. This cathartic pas de deux, evocatively shot in burnished harvest colors by the great Sven Nykvist, ranks among Ingmar Bergman’s major dramatic works. The film was nominated for two Academy Awards, Best Actress (Ingrid Bergman) and Best Screenplay – Written Directly For The Screen (Ingmar Bergman)

Disclaimer: Affiliate links are contained in this post. This means when you click a link, and purchase an item, Movie House Memories will receive an affiliate commission. Advertisers and Affiliate Partnerships do not influence our content. See our Terms of Use about the inclusion of affiliate links on this site for more information.
August 8, 2013
420 1 minute read
Show More
Subscribe
Login
0 Comments
Inline Feedbacks
View all comments
Most Recent Posts
Facebook Twitter LinkedIn Tumblr Pinterest Reddit
Back to top button
Close
wpDiscuz
0
0
Would love your thoughts, please comment.x
()
x
| Reply
Close