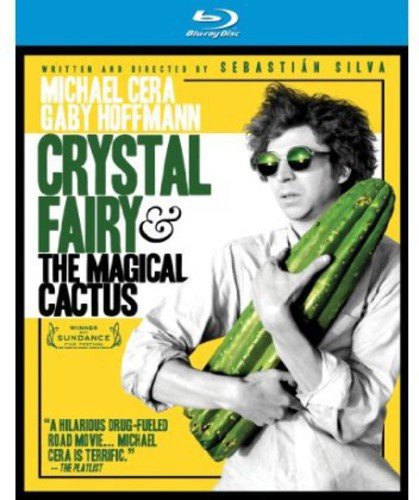 IFC Films and MPI Home Video have announced the addition of the adventure comedy Crystal Fairy to their upcoming slate of Blu-ray releases. The film is written and directed by Sebastián Silva and stars Michael Cera, Gaby Hoffmann, Agustín Silva, and José Miguel Silva. Crystal Fairy is currently available for pre-order online and will be available in stores everywhere beginning on November 19th.

The film tells the story of Jamie (Cera), a boorish, insensitive American twenty-something traveling in Chile, who somehow manages to create chaos at every turn. He and his friends are planning on taking a road trip north to experience a legendary shamanistic hallucinogen called the San Pedro cactus. In a fit of drunkenness at a wild party, Jamie invites an eccentric woman — a radical spirit named Crystal Fairy (Hoffmann) — to come along. What is meant to be a devil-may-care journey becomes a battle of wills as Jamie finds himself locking horns with his new traveling companion. But on a remote, pristine beach at the edge of the desert, the magic brew is finally imbibed, and the true adventure begins.

Disclaimer: Affiliate links are contained in this post. This means when you click a link, and purchase an item, Movie House Memories will receive an affiliate commission. Advertisers and Affiliate Partnerships do not influence our content. See our Terms of Use about the inclusion of affiliate links on this site for more information.
September 22, 2013
1 minute read
Show More
Back to top button
Close
Close