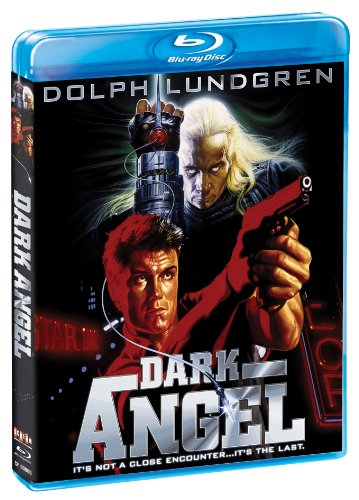 Scream Factory has announced that they are adding Dark Angel aka I Come in Peace to their upcoming slate of Blu-ray releases. The film was directed by Craig R. Baxley and stars Dolph Lundgren, Brian Benben, Jim Haynie, Michael J. Pollard, Jesse Vint, and Al Leong. Dark Angel will be available in stores and online August 27, 2013.

Houston cop Jack Caine is a not-by-the books police officer investigating the death of several people, including his partner, by a gang called the “White Boys.” All the victims seemed to have died of drug overdoses, but Jack thinks that there is something more sinister afoot. His investigation reveals a plot by aliens who use the bodies to extract a chemical that is sold to addicts on their home planet.