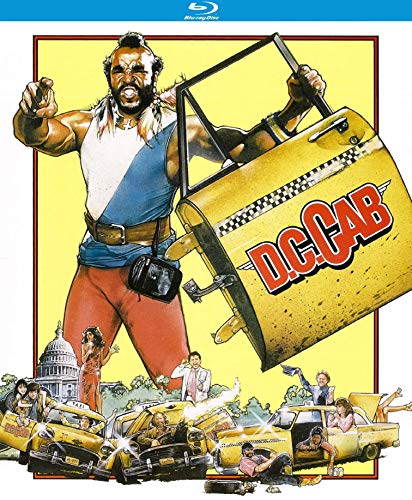 The D.C. Cab company is a down on its luck cab company in Washington D.C. New in town Albert comes to town to follow his dream of owning a cab company and sees his best opportunity to do so by joining his father’s war buddy’s company, D.C. Cab’s owner Harold Oswelt. Harold oversees a rag tag group of drivers who are more like Animal House than Taxi. However, when the cab drivers come up against a group of child kidnappers and a mysterious priceless violin, D.C. Cab’s may ultimately turn around for the good…if they survive.