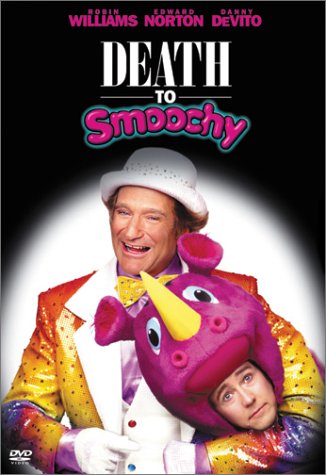 Randolph Smiley is a disgraced kids show host who finds himself out of a job. To make matters worse, his replacement Sheldon Mopes, is now on the fast track to success with a new hit show as the proud purple rhino named Smoochy. However, things take a turn for the worst when Sheldon finds out that some of the people that he works with (and some he doesn’t know he’s working for) are all in it just for the money. Meanwhile, Randolph goes insane, and focus’ all his mania into killing Smoochy and returning to the job he loves so much.