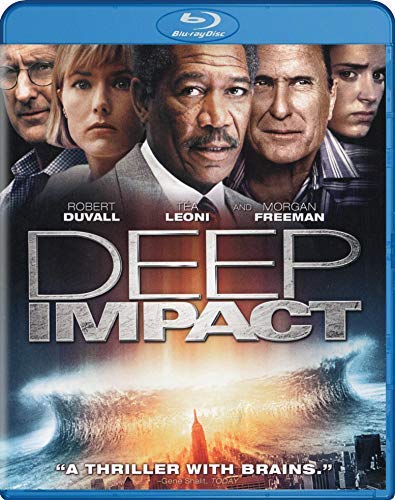 A teenage astronomer discovers an unknown comet in the sky that is on a collision course with the Earth. The discovery is kept from the public for a year until a researcher for CNBC stumbles onto the story while following up on political gossip. The President of the United States announces the government’s plan to fly to the comet in a space shuttle and drill some nuclear weapons into the surface with the hopes that the resulting explosion will destroy the comet. However, when the plan fails, the population of the planet prepares for the end of the world. “Oceans rise. Cities fall. Hope survives.”

Read the full summary, and listen to our Movie House Concessions film review.