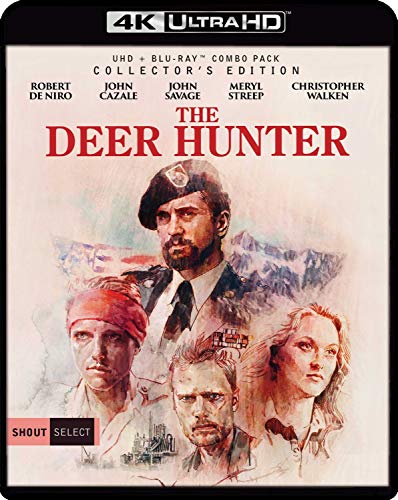 Michael, Steven and Nick are 3 best friends who enjoy Deer hunting. With the Vietnam war raging, the men enlist to fight for their country. However, war is hell, and it leaves lasting marks on the men; especially when the VietCong capture them and force them to play many games of Russian Roulette. When Michael returns home, he realizes that his Deer hunting outings will never be the same. Steven lost his legs in the war, and Nick decided to stay in Vietnam.