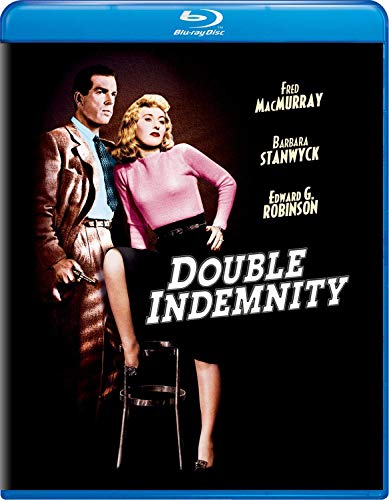 On July 3, 1944, A Paramount Picture named Double Indemnity was released in Baltimore, Maryland, and nationwide three days later. Billy Wilder directed the film noir classic which starred Fred MacMurray, Barbara Stanwyck, and Edward G. Robinson. Billy Wilder and Raymond Chandler co-wrote the Double Indemnity screenplay which was based on James M. Cain’s 1943 novella of the same name. The story originally appeared in February 1936 as an eight-part serial in Liberty magazine.

In Double Indemnity, Fred MacMurray is an insurance salesman that Barbara Stanwyck into killing her husband for the insurance money. Edward G. Robinson is MacMurray’s co-worker and mentor whose job is to find phony claims. MacMurray comes up with a murder plot that will trigger a double indemnity clause to double the payout. Something in Robinson’s gut smells a rat.

Double Indemnity was nominated for seven Academy Awards, but did not win any. It’s considered to be one of the finest examples of the film noir genre, and the U.S. Library of Congress deemed Double Indemnity as “culturally, historically, or aesthetically significant” in 1992; preserving it in the National Film Registry. In 1998, the American Film Institute ranked the film Number 38 on its list of the 100 best American films of all time, and it placed 29th on their 2007 10th Anniversary list.