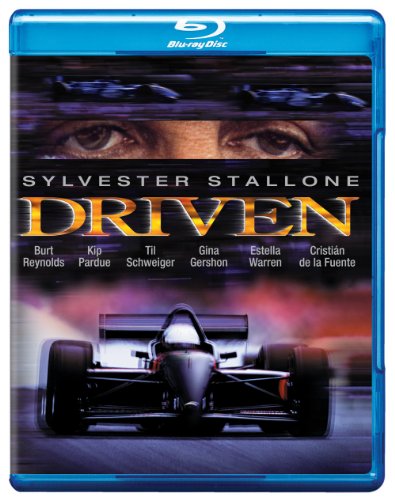 Warner Bros. Home Entertainment has announced that they are bringing Driven to Blu-ray this summer. The film was directed by Renny Harlin and stars Sylvester Stallone, Kip Pardue, Burt Reynolds, Stacy Edwards, Gina Gershon, and Estella Warren. Driven will be available online and in stores on June 11th.

In the film, a young hot shot driver (Pardue) is in the middle of a championship season and is coming apart at the seams until a former CART champion (Stallone) is called in to give him guidance. Director Harlin’s action drama also features performances from Til Schweiger, Cristian De La Fuente, Brent Briscoe, and Verona Feldbusch.

Driven was released in April of 2001 and grossed over $54 million in worldwide box office.

Disclaimer: Affiliate links are contained in this post. This means when you click a link, and purchase an item, Movie House Memories will receive an affiliate commission. Advertisers and Affiliate Partnerships do not influence our content. See our Terms of Use about the inclusion of affiliate links on this site for more information.
February 24, 2013
1 minute read
Show More
Back to top button
Close
Close