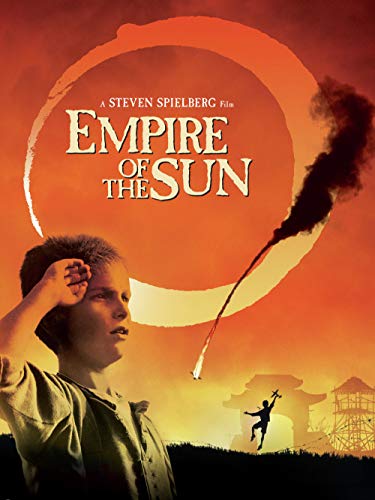 Empire of the Sun

In June, Warner Home Entertainment will bring Empire of the Sun to Blu-ray.  Directed by Steven Spielberg, this epic WWII drama stars Christian Bale as Jim Graham, a privileged English child separated from his parents during the Japanese occupation of Shanghai.  Adrift in a world of sudden violence and chaos, Jim finds himself resorting to desperate survival measures that chip away at his youthful innocence.  Adapted from J.G. Ballard’s novel by Tom Stoppard, the film features an impressive supporting cast that includes Miranda Richardson, Joe Pantoliano, John Malkovich, and an early appearance from Ben Stiller.  The film was nominated for six Academy Awards.

While the technical specifications are still unknown for this 25th Anniversary Edition, the Blu-ray contains a number of bonus supplements, such as The China Odyssey: Empire of the Sun – a behind-the-scenes documentary and Warner at War documentary about Warner Bros’ WWII propaganda department.  The disc also comes packaged in a collectible 36-page digibook with “rare images, cast bios, facts about the film, essays, and more.”

Disclaimer: Affiliate links are contained in this post. This means when you click a link, and purchase an item, the MHM Podcast Network will receive an affiliate commission. Advertisers and Affiliate Partnerships do not influence our content. See our Terms of Use about the inclusion of affiliate links on this site for more information.
March 13, 2012
1 minute read
Show More
Back to top button
Close
Close