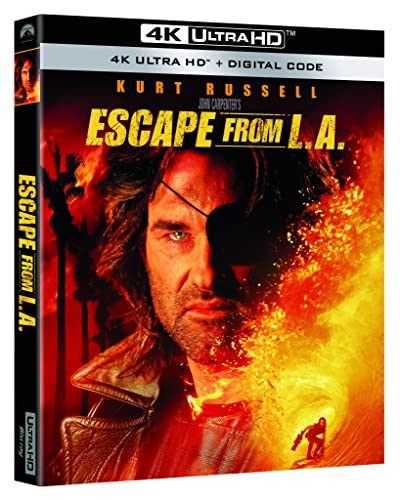 Snake Plissken is back, in the high-octane West Coast sequel to ESCAPE FROM NEW YORK that returns Kurt Russell to the iconic role and filmmakers John Carpenter and Debra Hill for post-apocalyptic action. After a 9.6 quake levels most of Los Angeles, Snake is called to wade through the ruins to retrieve a doomsday device. Now, more explosive than ever on 4K Ultra HD, this outrageous thriller finds Snake surfing Wilshire Blvd., shooting hoops at the Coliseum, dive bombing the Happy Kingdom theme park, and mixing it up with a wild assortment of friends, fiends and foes.