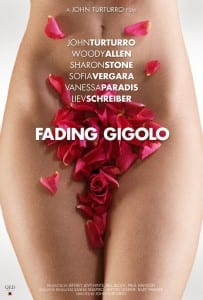 Fioravante (Turturro) decides to become a professional Don Juan as a way of making money to help his cash-strapped friend, Murray (Woody Allen). With Murray acting as his “manager,” the duo quickly finds themselves caught up in the crosscurrents of love and money.