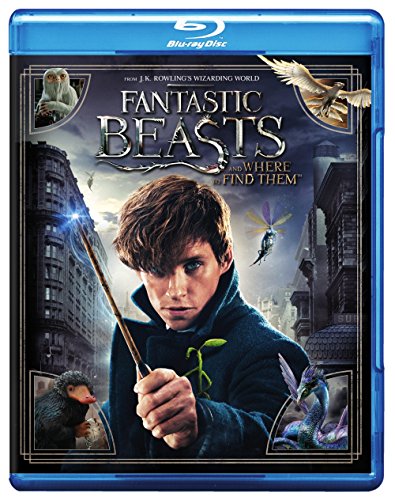 Fantastic Beasts and Where to Find Them

Fantastic Beasts and Where to Find Them takes us to a new era of J.K. Rowling’s Wizarding World, decades before Harry Potter and half a world away. Academy Award winner Eddie Redmayne (The Theory of Everything, The Danish Girl) stars in the central role of Magizoologist Newt Scamander, under the direction of David Yates, who helmed the last four “Harry Potter” blockbusters.

Teaser Trailer for Fantastic Beasts and Where to Find Them courtesy Warner Bros. Pictures

Affiliate links contained in this post will take you to Amazon.com. This means when you click a link, and purchase an item, the MHM Podcast Network will receive an affiliate commission. When you use these links MHM gets credit regardless of what you purchase, or from what country you order. Best of all, it’s at no extra cost to you! Advertisers and Affiliate Partnerships do not influence our content. See our Terms of Use about the inclusion of affiliate links on this site for more information.
January 27, 2017
2 minutes read
Show More
Back to top button
Close
Close