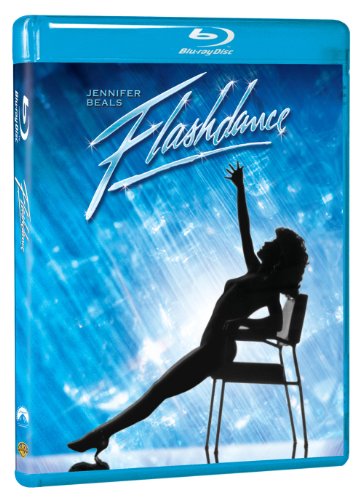 Warner Bros. Home Entertainment has announced that it will bring the classic 80’s film Flashdance to Blu-ray this summer. The film was directed by Adrian Lyne and stars Jennifer Beals, Michael Nouri, Lilia Skala, and Sunny Johnson. Flashdance will be available online and in stores beginning on August 13th.

The hit movie that became a sensation, Flashdance delivers an electrifying mix of music, drama and dance that dazzles the senses as it touches the heart. Beals stars as Alex Owens, a fiercely determined 18-year-old with one all-consuming dream: to study at the Pittsburgh Conservatory of Dance. Working during the day as a welder and at night as an exotic dancer, Alex bravely pursues her dream, undertaking an unforgettable journey that reveals the power of her convictions and teaches her the meaning of love.

Flashdance was released in April of 1983 and grossed over $92 million at the box office. The film was nominated for four Academy Awards, winning one for Best Original Song (“Flashdance…What A Feeling”).

Disclaimer: Affiliate links are contained in this post. This means when you click a link, and purchase an item, Movie House Memories will receive an affiliate commission. Advertisers and Affiliate Partnerships do not influence our content. See our Terms of Use about the inclusion of affiliate links on this site for more information.
May 15, 2013
422 1 minute read
Show More
Subscribe
Login
0 Comments
Inline Feedbacks
View all comments
Most Recent Posts
Facebook Twitter LinkedIn Tumblr Pinterest Reddit
Back to top button
Close
wpDiscuz
0
0
Would love your thoughts, please comment.x
()
x
| Reply
Close