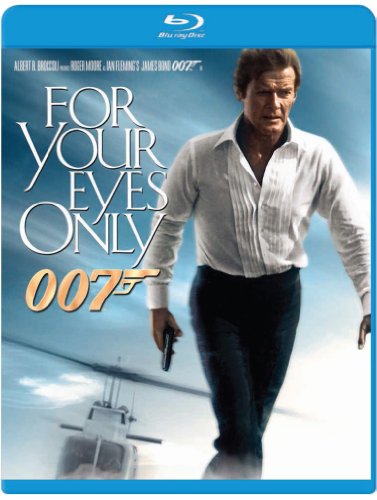 For Your Eyes Only [Blu-ray]

‘For Your Eyes Only’ Movie Synopsis

After a ship sinks off the coast of Albania, the world’s superpowers race to retrieve it’s powerful A.T.A.C. system. This gives countries unlimited control over Polaris nuclear submarines. When MI6 sends Bond into the fray, he soon suspects a man named Kristatos of taking it. As the stakes rise, Bond finds an ally to bang in the beautiful Melina Havelock. She blames Kristatos for the death of her parents, and Bond for stealing her heart. Bond races against the clock in a Citroën 2CV car, has thrilling underwater battles over razor-sharp coral reefs, and finally a cliffhanging assault on a mountaintop fortress. But stay away from those 16 year-old fans, James. They will take you down every time!

United Artists released For Your Eyes Only to theaters on June 26, 1981. John Glen directed the film starring Roger Moore, Carole Bouquet, and Topol.