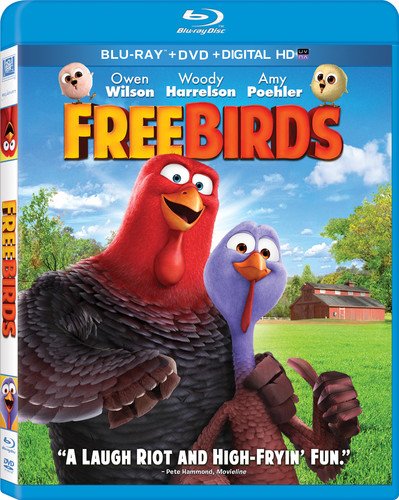 Reggie is a turkey who has been cursed with greater than average intelligence…for a turkey. After he is “sacrificed” by his flock and “pardoned” by the President, Reggie lives a life of luxury with pizza and television as part of his daily routine. However, Reggie’s world is turned upside down when the seemingly insane turkey Jake shows up and takes Reggie back in time to prevent turkeys from being placed on the traditional Thanksgiving menu. Now, Reggie must discover what is truly important, his cushy lifestyle, or the safety of his kind?