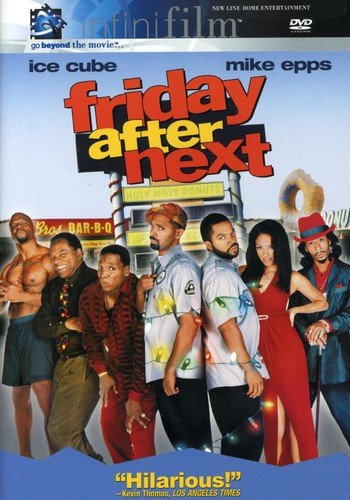 Friday After Next (Infinifilm Edition)

‘Friday After Next’ Movie Synopsis

Craig Jones and his cousin Day-Day are back with a Christmas adventure. The cousins’ apartment is broken into on the morning of Christmas Eve, resulting in the boys’ rent money and Christmas presents being taken. Craig and Day-Day are forced to get jobs as security guards at a rundown shopping center in order to make enough money to pay their rent or they will face evictions. However, the duo have one of the strangest days ever as they experience another Christmas in Compton.

Tombstone (1993) Is Hotter Than a Frozen Pizza on Blu-Ray

The Horse Soldiers (1959) Go Behind Enemy Lines on Blu-Ray

Tombstone (1993) Is Hotter Than a Frozen Pizza on Blu-Ray

The Horse Soldiers (1959) Go Behind Enemy Lines on Blu-Ray