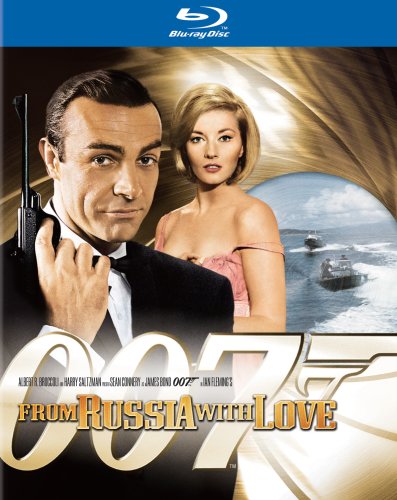 From Russia with Love [Blu-ray]

‘From Russia with Love’ Movie Synopsis

In From Russia with Love, the crime organization S.P.E.C.T.R.E. plans to steal a decoder that can access Russian state secrets to irrevocably unbalance the world order. It is up to James Bond to seize the device first, but along the way, he must confront the likes of Red Grant and a former K.G.B. Agent with poison-tipped shoes. Bond even makes the ultimate sacrifice romancing a beautiful Soviet defector, but quickly finds its a deadly trap. 007 will need to muster all of his courage, ability, and gadgetry to triumph over these sinister forces that seek to destroy him… and the world.