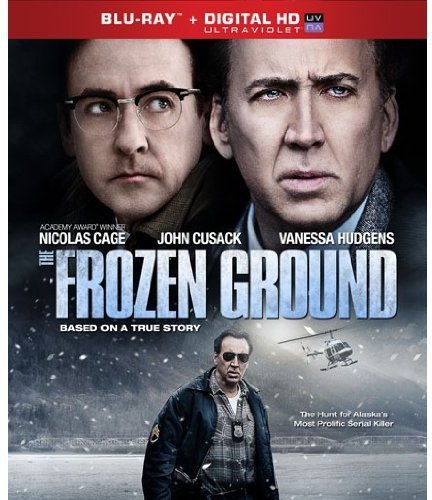 Lionsgate Films has announced the addition of the true crime thriller The Frozen Ground to their upcoming slate of Blu-ray releases. The film is written and directed by Scott Walker and stars Nicolas Cage, Vanessa Hudgens, John Cusack, Curtis “50 Cent” Jackson, and Radha Mitchell. The Frozen Ground is currently available for pre-order on Blu-ray online and will be available in stores everywhere beginning on October 1st.

The film follows Alaskan detective Jack Halcombe (Cage) as he sets out to end the murderous rampage of Robert Hansen (Cusack), a serial killer who has gone unnoticed for 13 years. As the bodies of street girls start to add up in Anchorage, fear strikes a chord with the public. Risking his life, Detective Flothe goes on a personal manhunt to find the killer before the next body surfaces. When a seventeen year old escapee reveals key information about the case, Flothe is finally able to trail the killer. But will he catch him in time to save the next victim?

The Frozen Ground Blu-ray will include several special features, including:

Robert Iger’s The Ride of a Lifetime: Lessons Learned from 15 Years as CEO of the Walt Disney Company (2019)

Robert Iger’s The Ride of a Lifetime: Lessons Learned from 15 Years as CEO of the Walt Disney Company (2019)