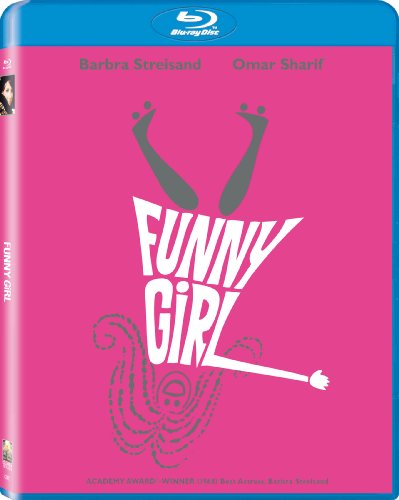 Sony Pictures Home Entertainment has announced that it will release Funny Girl onto Blu-ray this Spring. The film is directed by William Wyler and stars Barbra Streisand, Omar Sharif, Kay Medford, Anne Francis, and Walter Pigeon. Funny Girl will be available for purchase online and in stores across the nation on April 30th.

Commemorating its 45th anniversary, the classic film was meticulously restored from the original negative by Sony Pictures Entertainment in 4K at Sony Pictures’ Colorworks and will screen at the 2013 TCM Classic Film Festival on April 25th.

One of the most popular movie musicals ever made is now better than ever on Blu-ray, Funny Girl follows the early career of stage comedienne Fanny Brice, a role that earned Barbra Streisand the 1968 Oscar for Best Actress. Only her mother believes Fanny can make it in show business, but when she gets her first break at Keeney’s Music Hall, her hilarious debut gets her hired as a comedienne. Fanny becomes a star, falls in love and marries Nick Arnstein (Sharif), a handsome gambler. The film’s many memorable songs include “Don’t Rain on My Parade” and the Streisand classic “People.”

The Blu-ray will include several special features, including: Barbra in Movieland featurette and This is Streisand featurette.

Disclaimer: Affiliate links are contained in this post. This means when you click a link, and purchase an item, Movie House Memories will receive an affiliate commission. Advertisers and Affiliate Partnerships do not influence our content. See our Terms of Use about the inclusion of affiliate links on this site for more information.
April 1, 2013
1 minute read
Show More
Back to top button
Close
Close