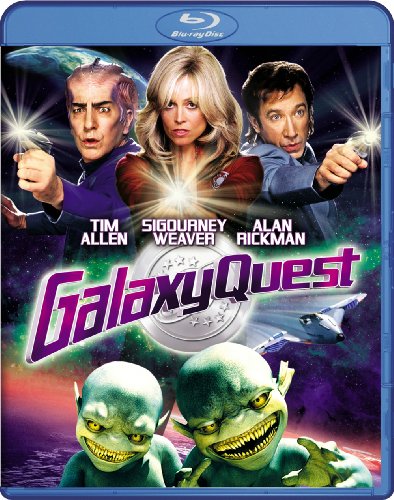 Galaxy Quest is a fictional sci-fi adventure TV series which takes place aboard the intergalactic spaceship the NSEA Protector. Eighteen years after the the network cancels the series, the lead actors can only find work attending sci-fi conventions and electronic store openings dressed as their characters. The cast members pretty much hate each other and wallow in self pity until a race of aliens known as Thermians arrive. These brilliant but innocent beings have mistaken the TV show for reality, and they have built working ships and technology around it as they need the help Galaxy Quest team. The evil warlord General Sarris threatens to take control of their world, and kill them all. Can these old actors pull it together for their greatest performance ever, and save the Thermians from certain death?

Read the full summary and listen to our Movie House Memories episode, and our Number Two Review episode.