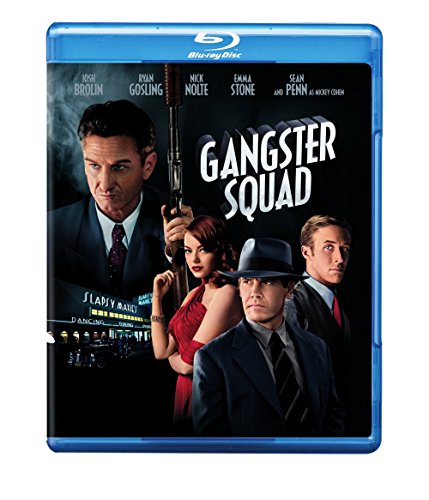 The film takes place in Los Angeles during 1949. Ruthless, Brooklyn-born mob king Mickey Cohen (Penn) runs the show in this town, reaping the ill-gotten gains from the drugs, the guns, the prostitutes and-if he has his way-every wire bet placed west of Chicago. And he does it all with the protection of not only his own paid goons, but also the police and the politicians who are under his control. It’s enough to intimidate even the bravest, street-hardened cop…except, perhaps, for the small, secret crew of LAPD outsiders led by Sgt. John O’Mara (Brolin) and Jerry Wooters (Gosling), who come together to try to tear Cohen’s world apart.

Gangster Squad was released in January of 2013 and has grossed over $98 million in worldwide box office to date.

Disclaimer: Affiliate links are contained in this post. This means when you click a link, and purchase an item, Movie House Memories will receive an affiliate commission. Advertisers and Affiliate Partnerships do not influence our content. See our Terms of Use about the inclusion of affiliate links on this site for more information.
March 10, 2013
2 minutes read
Show More
Back to top button
Close
Close