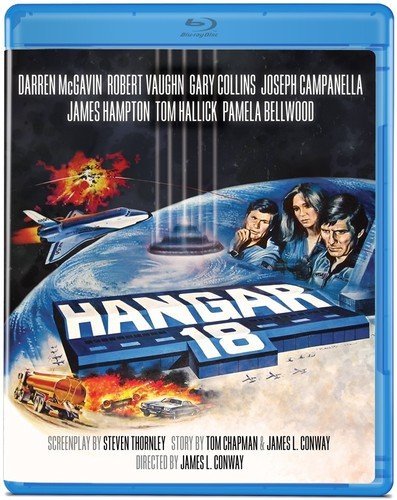 Olive Films has announced that they are adding the science fiction thriller Hangar 18 to their upcoming slate of Blu-ray releases. The film was directed by James L. Conway and stars Gary Collins, Robert Vaughn, James Hampton, Pamela Bellwood, and Darren McGavin. Hangar 18 will be available in stores and online sometime during the month of June.

In the film, a satellite that is orbiting the earth collides with a UFO, which crashes in the United States. The President, in the midst of his re-election campaign, is determined to conceal the revelation that a craft full of alien bodies is in the U. S., so the ship and it’s deceased crew are concealed in Hangar 18.

Hangar 18 was released in July of 1980 and grossed over $6 million at the box office.