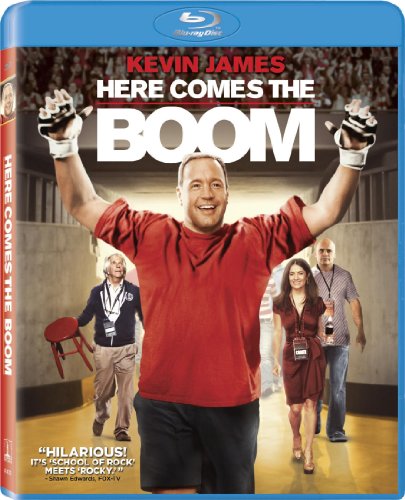 Sony Pictures has announced that it will bring the comedy Here Comes The Boom to Blu-ray this February.  The film was directed by Frank Coraci and starred Kevin James, Salma Hayek, Henry Winkler, and Greg Germann.  James co-wrote the script with Allan Loeb. Here Comes The Boom will hit stores on Blu-ray and DVD on February 5, 2013.

In the film, a high school biology teacher (James) looks to become a successful mixed-martial arts fighter in an effort to raise money to prevent extra-curricular activities from being axed at his cash-strapped school.

Here Comes The Boom was released in October 2012 and grossed over $44 million at the box office.

Here is the theatrical trailer for Here Comes The Boom.