Home Alone was initially a Warner Bros. production; when 20th Century Fox took over the project, the budget grew from $14 to $17 million.

Home Alone was set—and mostly shot—in the greater Chicago area.  Other shots, such as those of Paris, are either stock footage or film trickery.  The Paris-Orly Airport scenes were filmed in one part of O’Hare International Airport.  The scene where Kevin wades through a flooded basement when trying to outsmart the burglars was shot in the swimming pool of New Trier High School.  A mock-up of the McDonnell Douglas DC10 business class was also put together in the school, on the basketball courts.

Some scenes were shot in a three-story single-family house located at 671 Lincoln Avenue in the village of Winnetka.  The kitchen in the film was shot in the house, along with the main staircase, basement and most of the first floor landing.  The house’s dining room, and all the downstairs rooms (excluding the kitchen) were built on a sound stage.  The house was built in 1921 and features five bedrooms, a fully converted attic, a detached double garage and a greenhouse.  “Kevin’s tree house” in the backyard was built specifically for the film and demolished after principal photography ended. 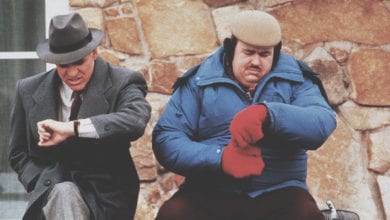 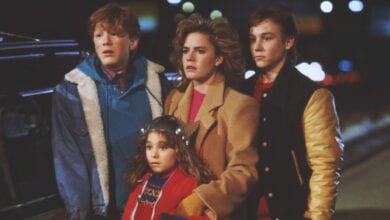 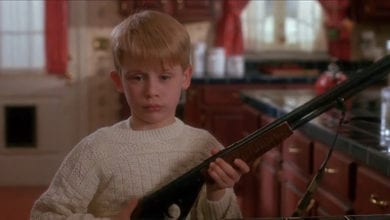