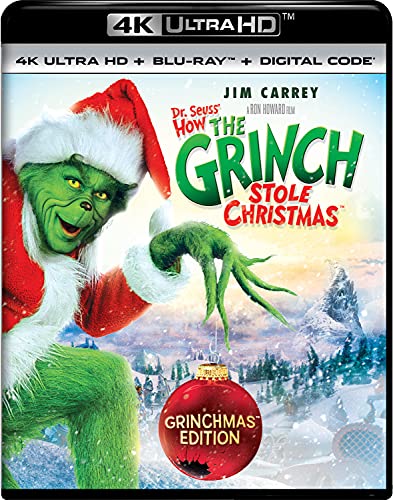 Finally, the complete story of the Grinch is told through the wonderful narration of Sir Anthony Hopkins. Rejected by the Whos as a child, the Grinch lives on the outskirts of Whoville atop Mount Crumpit. The Grinch hates everything about Whoville and its residents, but he especially hates Christmas. After the Grinch is publicly humiliated by Augustus May Who, a former bully from the Grinch’s childhood, the Grinch decides to rob all of the townspeople of Whoville of every scrap of anything related to Christmas. However, the question remains, who will discover the true meaning of Christmas first, the Grinch or the Whos?