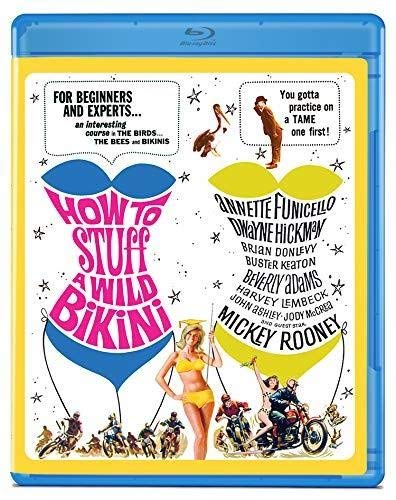 How to Stuff a Wild Bikini [Blu-ray]

How to Stuff a Wild Bikini finds swinging, surfing, singer, Frankie (Frankie Avalon, Muscle Beach Party) serving naval reserve duty in Tahiti separated from his beach bunny, Dee Dee (Annette Funicello, Beach Blanket Bingo). Frankie, fearing that Dee Dee might be having as much fun as he is in his tropical paradise, enlists the help of the local island witch doctor, Bwana (Buster Keaton, The General) to keep an eye on what’s going on back home. And what’s going on back home is that suave advertising executive, Ricky (Dwayne Hickman, Cat Ballou) has his sights set on Dee Dee. And Dee Dee might just be receptive to his advances.

Disclaimer: Affiliate links contained in this post will take you to Amazon.com and/or the iTunes Store. This means when you click a link, and purchase an item, the MHM Podcast Network will receive an affiliate commission. Advertisers and Affiliate Partnerships do not influence our content. See our Terms of Use about the inclusion of affiliate links on this site for more information. Affiliate partnerships do not influence the rating given in this review.
June 11, 2019
1 minute read
Show More
Back to top button
Close
Close